H. MOSER & CIE. CASTS A WHIRLWIND OF LIGHT IN THE EYE OF THE TIGER 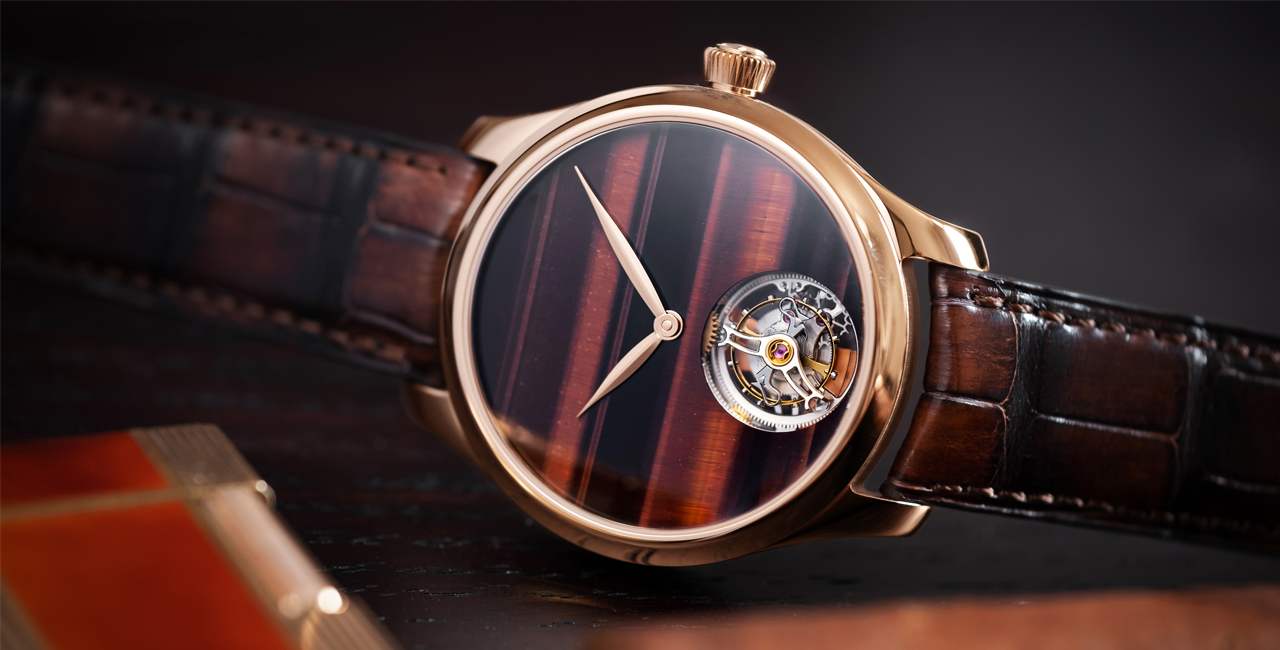 Iridescent reflections, shimmering colours, dancing light: H. Moser & Cie. brings the Tiger’s Eye stone to life in an almost psychedelic setting, revealing its full beauty and mystery in an exclusive model available in two references. The Endeavour Tourbillon Concept Tiger’s Eye spotlights this fine natural stone in a modern yet understated and elegant interpretation. With neither logo nor indices, and an aperture at 6 o’clock to magnify the one-minute flying tourbillon, the dial of the Endeavour Tourbillon Concept Tiger’s Eye provides the stone with a blank canvas to express its aesthetic power.

Tiger’s Eye is a variety of microcrystalline quartz. This semi-precious stone is formed of amosite, the fibres of which are partially replaced with silica following a natural transformation process known as “pseudomorphosis”. It is these fibres, laid down in fine layers that cause the iridescent effects, which seem to bring this stone to life. Tiger’s Eye – with its mysterious name and mesmerizing colors – comes in many different varieties, ranging in color from grey- blue to golden brown to reddish brown. The blue variety of the stone, whose color comes from veins of fibrous crocidolite and silica, is known as Falcon’s Eye. When the natural stone takes on a red hue, it is called Ox’s Eye.

A fascinating solar mineral, Tiger’s Eye is believed to confer protection, and is a symbol of self-confidence and a guarantee of good health and prosperity. Countless esoteric properties have been attributed to it. Soldiers from the Roman Empire used to wear it around their necks to protect themselves in battle. In the dark times of the middle Ages, it was thought to ward off evil. Beyond this symbolism, it is the aesthetic properties of the stone which attracted the attention of H. Moser & Cie., as CEO Edouard Meylan explains: “Tiger’s Eye is a natural reinterpretation of Moser fumé dials, which have been a key part of the brand’s success. Its horizontal lines lend it balance and symmetry. It is a dynamic stone, which seems to come to life as it catches the light. The richness of its details is revealed gradually; it must be admired from different angles to fully appreciate its beauty. Just like a Moser timepiece. With the Endeavour Tourbillon Concept Tiger’s Eye model, we wanted to enhance the brilliance of the Tiger’s Eye using a highly contemporary approach. The 1970s has been a great source of inspiration for us in terms of design and aesthetic trends. Tiger’s Eye was very popular at this time, and it was showcased in a number of timepieces, with a look that was quite Baroque or Rococo in style. We have opted for a contrasting interpretation, minimalist and understated, with a Tiger’s Eye dial featuring no logo or indices, adorned with only the flying tourbillon at 6 o’clock”. 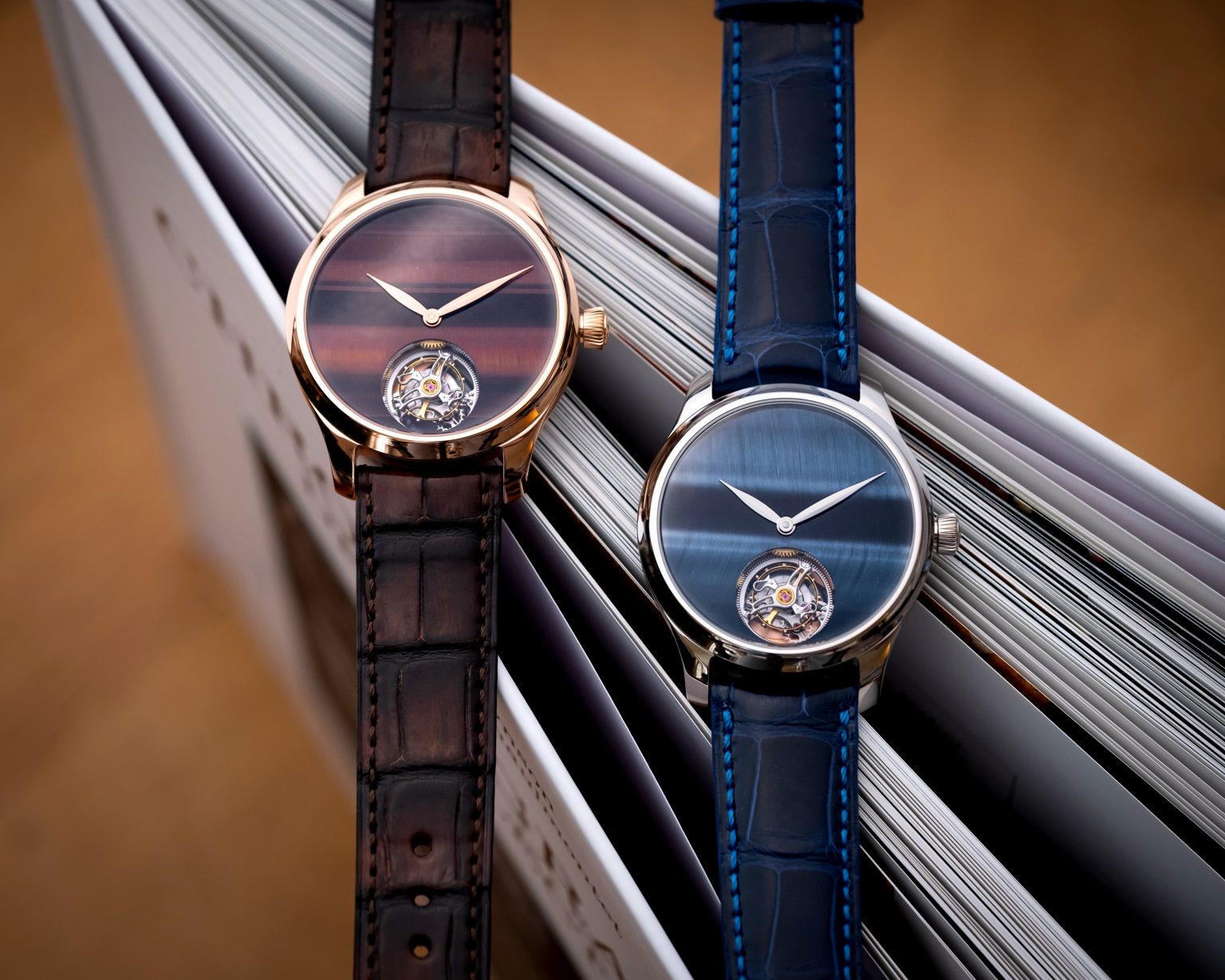 There are two versions of the Endeavour Tourbillon Concept Tiger’s Eye: white gold and Falcon’s Eye or red gold and Ox’s Eye. Just 50 of each will be produced due to the difficulty in sourcing stones which have the regular parallel lines and complexity required for the production of the dials. As Tiger’s Eye stones are all different, every piece they are used to create will be unique. The workshops will produce around twenty watches a year.

This model is powered by the calibre HMC 804 movement. A marvel of ingenuity, this self-winding Manufacture movement is equipped with a double flat hairspring designed and produced in-house. Thanks to this pair of matched hairsprings, the movement of the point of gravity on each spring when it expands is corrected and the effect of friction reduced, significantly improving accuracy and isochronism in continual pursuit of perfection.