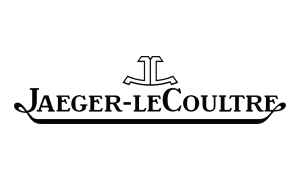 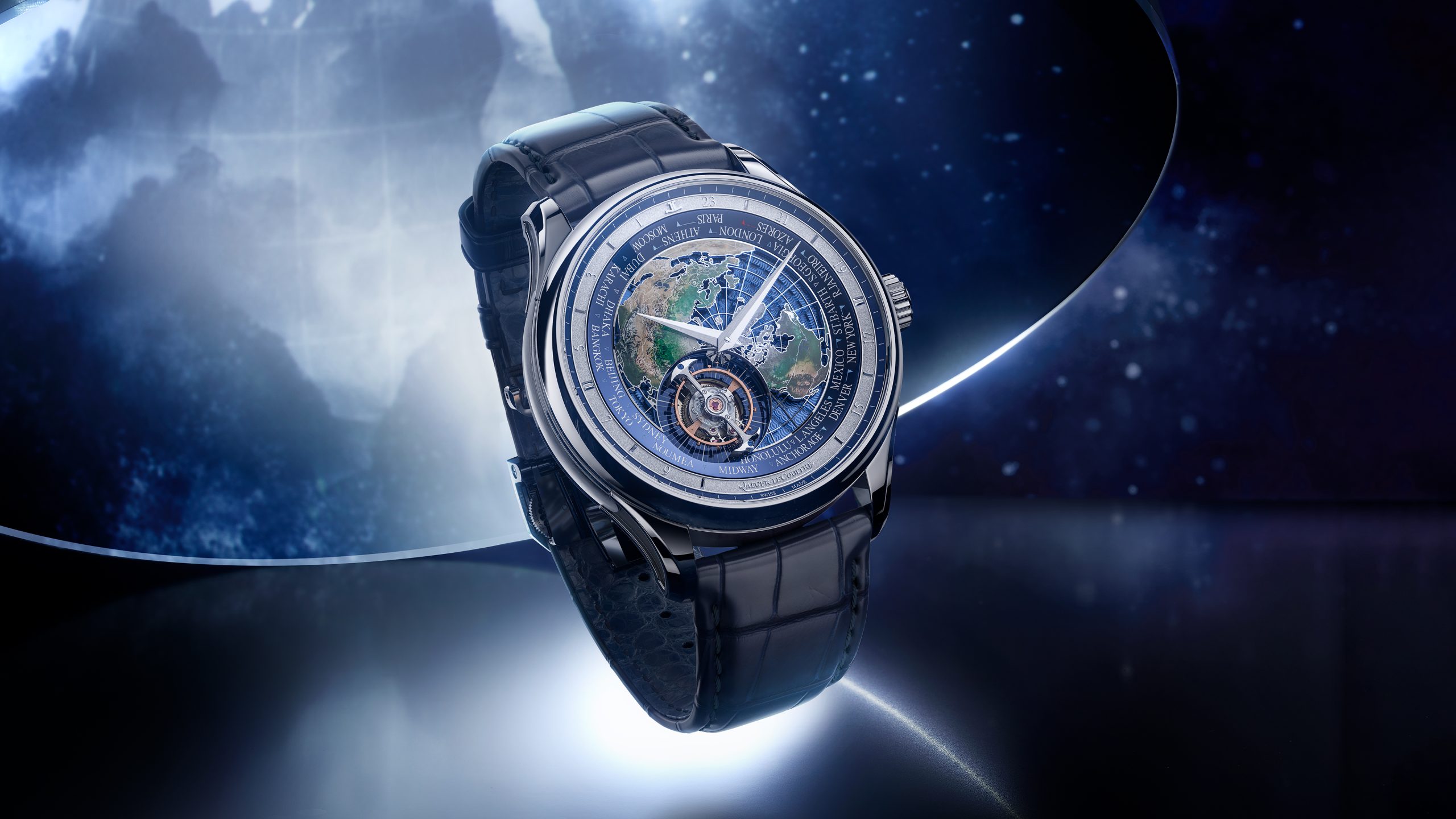 Since the 1930s, Jaeger-LeCoultre has been creating timepieces able to display several time zones simultaneously. From dual-time watches to the Géographique and the remarkable Calibre 948 world timer, La Grande Maison makes time truly universal. For 2022, Jaeger-LeCoultre presents a magnificent new artistic interpretation of the Universal Time: Master Grande Tradition Calibre 948, embellished with great finesse by the artisans of the Manufacture’s Métiers Rares® atelier.

In the long history of timekeeping, time zones are relatively recent concept – but, like all measurements of time, have their origins in astronomy. The passage of our 24-hour day is based on the solar cycle, which is determined by the rotation of Earth on itself and its orbit around the Sun. Thus, as early navigators and explorers discovered, sunrise and sunset occur at different times in different places. With the development of maritime trade in the 18th century and railway travel in the 19th century, the need became clear for standardised timing – the synchronisation of clocks within a given geographical region – and for global norms to be established.

When Jaeger-LeCoultre created the Calibre 948, it was the first time that a world- time complication had ever been united with a flying tourbillon. What’s more, the Universal Tourbillon makes a complete circuit of the dial every 24 hours – the length of a mean solar day. A true expression of Jaeger-LeCoultre’s technical expertise, the automatic calibre was conceived, developed and entirely produced within the Manufacture. The splendid new aesthetic expression of the world-time complication showcases La Grande Maison’s artistic creativity and mastery of the decorative crafts alongside its technical prowess.

A World of Time on the Dial

In a subtle allusion to the depth and complexity of time measurement, the dial is made of several parts. At its centre, in keeping with world-timer tradition, is a map of the world as seen from the North Pole. However, unlike the traditional flattened image, this map floats above the dial bed on a domed skeleton formed by the longitudes and latitudes of the Northern Hemisphere. 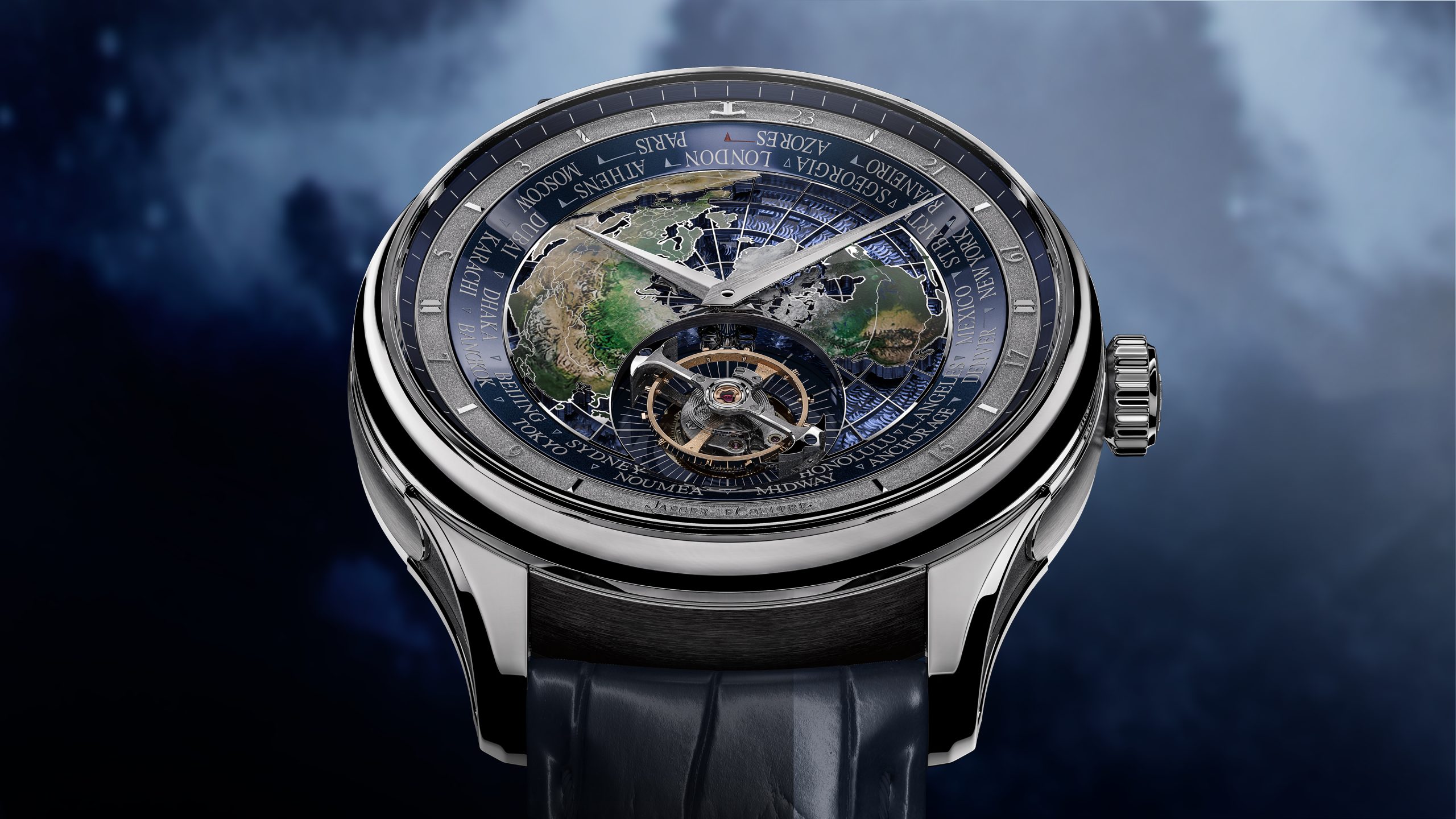 Champlevé – which translates literally as ‘raised field’ – is a noble and ancient enamelling technique that was first practiced almost 2,500 years ago. With great skill, the artisan must first carve out a depression in the raw metal, conforming exactly to the outline of the desired image – in this case, the shapes of the continents seen from the North Pole. This hollow area is then filled with multiple layers of enamel – fired at very high temperatures after each layer – until it is flush with the original surface. On the completed enamel surfaces, miniature-painted details of the continents’ major landscape features have been painstakingly added, enhancing the work with even greater intrigue and refinement.

As on all classical world timers, each time zone is represented by the name of a city, arranged in a ring around the central dial. Set outside the city ring are two concentric fixed rings: a 24-hour indicator with applied numerals and rectangular indexes, and a minute track laser-engraved on a ring of blue lacquer that matches the blue oceans. Mimicking the rotation of Earth on its axis, the domed Earth map – together with the Universal Tourbillon and city ring – makes a complete 360-degree revolution in 24 hours, always indicating the right time in each city. 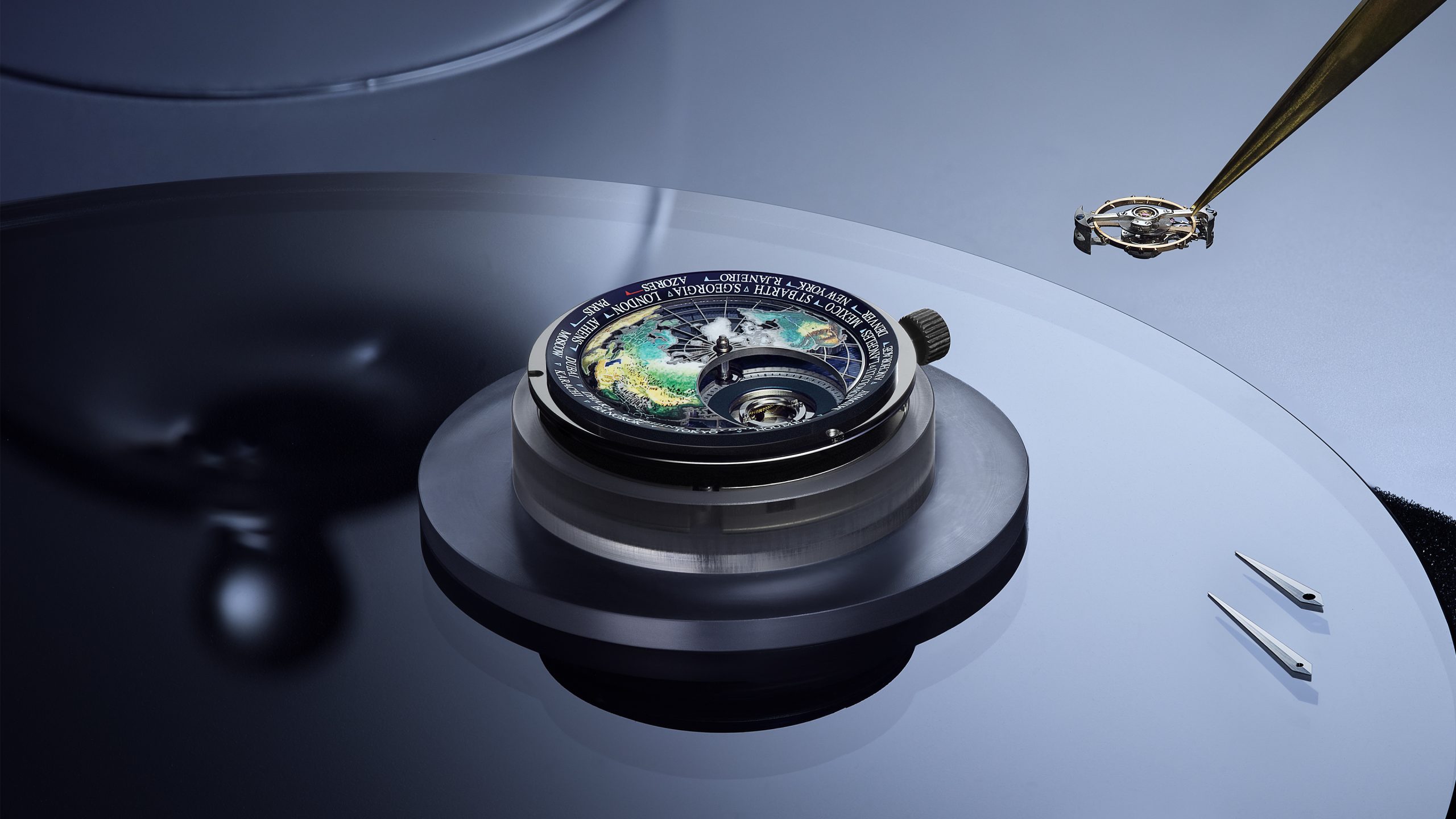 The Master Grande Tradition Calibre 948 is very simple to read: the hour marked on the ring adjacent to the city name is the time in that city’s zone. It is equally simple to operate: the time is set with the crown, which synchronises all of the time zones around the world. On arrival at a new destination, local time is set by the same crown, which moves only the hour hand, in one-hour jumps forwards or backwards, allowing the minutes and seconds to continue running accurately.

Blending art and mechanics, the new Master Grande Tradition Calibre 948 is testament to Jaeger-LeCoultre’s dedication to maintaining the fine balance between a passionate drive to innovate and profound respect for tradition. 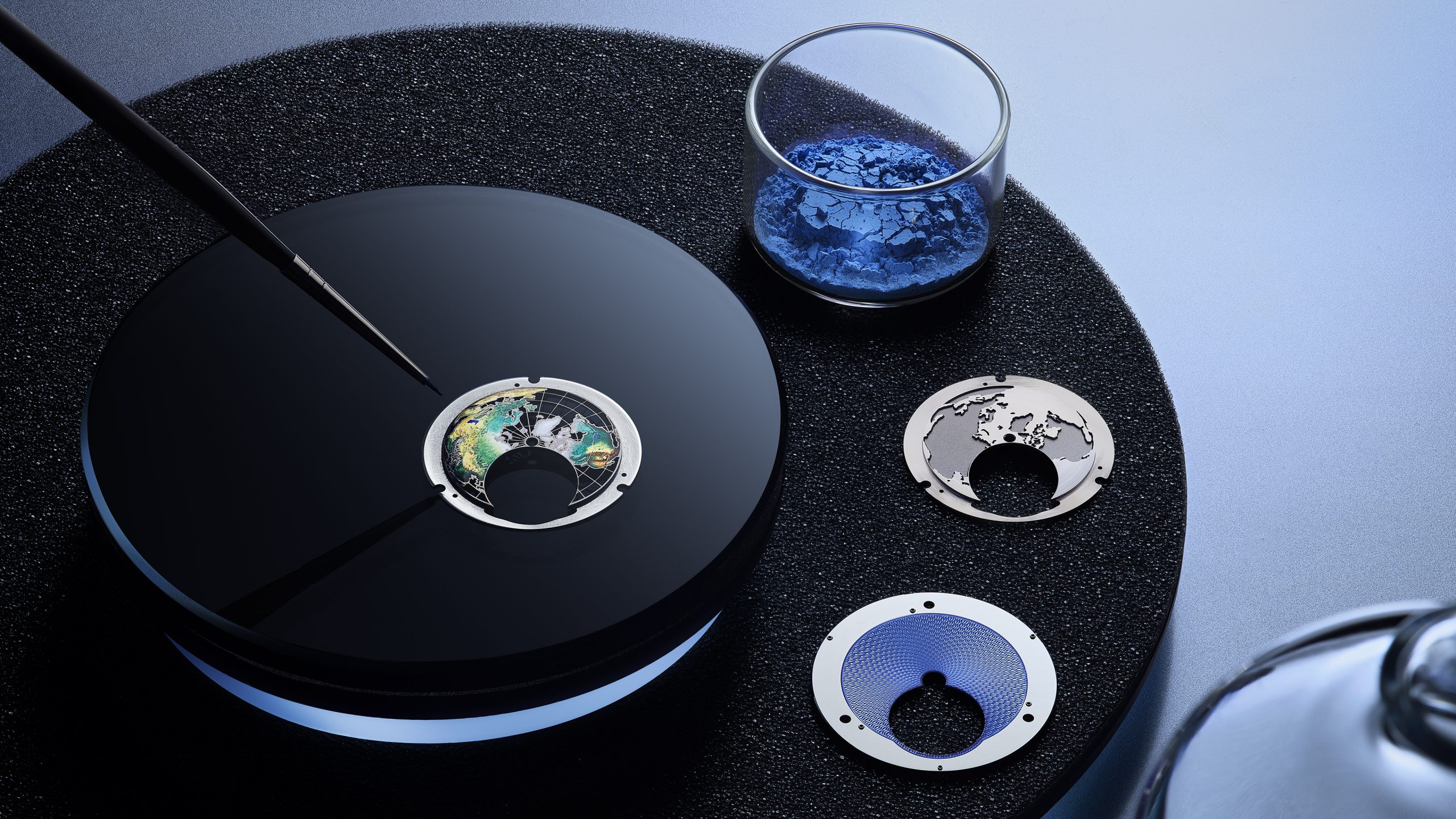